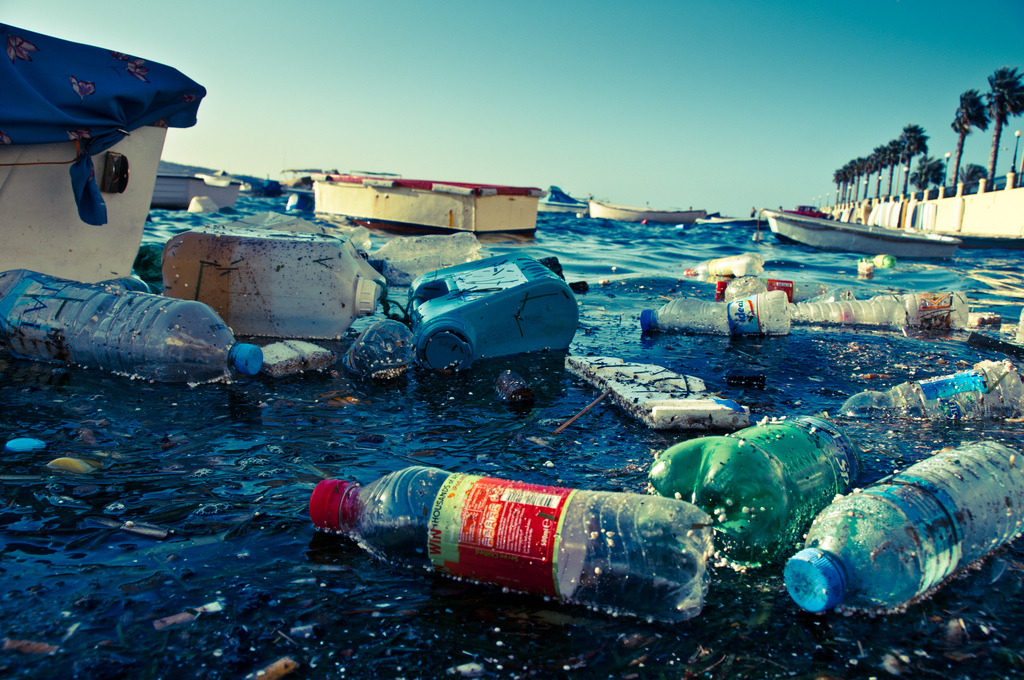 As globally recognized, marine litter is a complex and multi-dimensional issue with
significant implications at all levels: global, regional, national and local. In the Mediterranean
basin, this issue is more challenging due to its geographical and functional characteristics,
including high coastal population density, huge tourism and maritime transport flows and a
wide range of human-induced activities along coastal and marine environment.
Human activities both on- and off-shore lead to the release of litter in coastal and marine environments. The root causes of marine litter are related with the prevailing production and consumption patterns. Marine litter is primarily generated by land-based practices such as inadequate solid waste management, discharges of untreated or inappropriately treated wastewater, tourism and recreational activities and industrial outfalls. It has been found that the Mediterranean area witnesses the largest amount of annual per capita municipal solid waste reaching the levels of 208-760 kg/year. Litter from land-based sources finds its way to the sea via rivers, drains, sewage and stormwater outlets or when blown by winds, or even swept with the tide.

Of all manufactured or processed solid discharged, abandoned and disposed materials
in the marine and coastal areas –which is the definition of Marine Litter,2 plastic litter is the most important part. Plastics are now ubiquitous in the ocean increasing exponentially due
to their excessive use in recent decades. Studies have shown severe trends of rise in global
plastic production from 15 million tons in 1964 to 314 million tons in 2014 estimating a
continual and dramatic growth for the future. “Between 4,8 million and 12,7 million of tons of
plastic waste enter the ocean every year as a result of inadequate waste management”3.
The role of NGOs in tackling marine litter in the Mediterranean is prominent. Apart from running awareness-raising and education activities, NGO initiatives are significant in terms of data collection and cleanup operations.
Beach clean-ups carried out in the Mediterranean coasts demonstrated the connection between recreational use and marine litter items. Recreational and tourism related activities, including smoking related activities account for high percentages of the marine litter as shown in the lists of top ten items creating marine litter. A considerable amount of litter items related to sea-based are caused by maritime transport, ferries and cruises, commercial and recreational fishing activities, offshore installations and aquaculture sites. Although there is still a lack of data to clearly quantify the full impact of marine litter on wildlife, ecosystems, ecosystem services, human livelihood, wellbeing and economy; it has been highlighted at an international level that marine litter is a very critical social, environmental and economic problem: “The G20 countries recognize the urgent need for action to prevent and reduce marine litter in order to preserve human health and marine and coastal ecosystems, and mitigate marine litter’s
economic costs and impacts”. 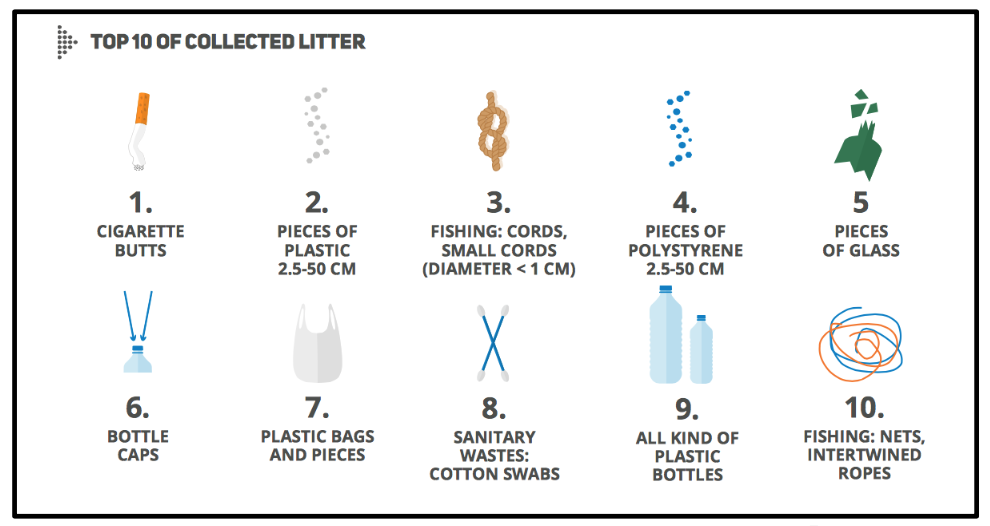 The Barcelona Convention for the Protection of the Marine Environment and the Coastal Region of the Mediterranean was adopted in 1995 and is today endorsed by all coastal countries and the European Union6. It aims to ensure the sustainable management of natural resources and to protect the marine environment and coastal zone, through prevention, reduction and elimination of pollution. By means of the Decision IG. 21/7, the Barcelona Convention adopted the Regional Plan on Marine Litter Management in the Mediterranean, responding to commitments foreseen under the Protocol for the Protection of the Mediterranean Sea against Pollution from Land-based Sources and Activities as well
as other institutional commitments and declaration such as: the Rio + 20 “The Future we want”, the EU Marine Strategy Framework Directive, the Honolulu Strategy, the Ecosystem Approach Roadmap, MEDPOL reports, among others.

The 20th ordinary meeting of the Contracting Parties (COP) to the Barcelona Convention will take place between 17th-20th of December 2017 in Tirana. Considering that the COP20 agenda is focusing on protected areas and biological diversity in the Mediterranean, strongly affected by Marine Litter pollution, this current commitment has been elaborated and approved with the participation of a wide range of stakeholders during the Blue Eco Forum held in Barcelona on the 24th of November 2017.
The signatories, represent diverse civil society actors, underlining the urgency to move with a much more ambitious, concrete and comprehensive roadmap towards a Mediterranean that is free from marine litter. Therefore, the adhered organizations call for immediate actions to be taken by all relevant stakeholders in order to drastically prevent and reduce marine litter in the Mediterranean Sea, and by doing so to contribute to achieve the Sustainable Development Goal no14.
The adhered entities have to take on the Barcelona Commitment in terms of undertaking concrete steps in their own strategies and action plans.

The Barcelona Commitment has been established by considering reports, initiatives, and statements of a wide range of NGOs, public authorities, academia and businesses to prevent and reduce marine litter in our seas and oceans; particularly focusing on prevention and reduction, communication campaigns and education and research staring from inspiring declarations.
Concrete steps have been discussed and agreed by means of dynamic workshop based on an analysis of 4 possible scenarios: Zero Waste Mediterranean Sea, Achieving GES in Med Basin by 2020, Mediterranean Sea Plastic Free, Stop Mediterranean Litter Inflow. In conformity with the Regional Plan on Marine Litter Management in the Mediterranean and other obligations, the adhered entities to Barcelona Commitment ask for consideration to follow measures against Marine Litter in Mediterranean Basin:

1. To improve Mediterranean countries cooperation: Marine Litter as a common issue. Taking into account the urgent call for preventing and reducing Marine Litter in the Mediterranean Basin a cooperation between all Barcelona Convention countries is required to enhance synergies and maximise the results. Follow actions has been considered to accomplish this measure:
– To boost coordination between countries particularly on programmes and projects under EU and Non-EU funding systems dedicated to Marine Litter studies to avoid overlapping and duplication of efforts enhancing collaboration and communication of actions done; by means of regular meetings -annual or biannual- of project managers related to Marine Litter Projects in Mediterranean Basin.
-To improve transboundary cooperation by means of high-qualityfunding systems focusing on Marine Litter including funding support to reduce of inequality in situ between Northern and Southern Mediterranean countries in terms of research and infrastructures, especially by focusing on the 2nd phase of this EU funding period until
2020 and above all for next funding periods 2021-2027.
– To make available all information on Marine Litter in a common and public database
(open data) both on realized projects and scientific articles related with in the Mediterranean Basin; bring them together and keep under an institutional umbrella such as UNEP/MAP by 2025.

2. To phase out single-use plastic items. Considering the need to implement an effective ban a gradual transition has been proposed from 50% reduction target by 2020 increasing to 100% by 2025 allowing a production system restructuration and analysis of alternatives. Following actions have been considered to accomplish this measure:
– To support awareness campaigns focusing on banning single-use plastics and alternative items aimed at consumers and producers.
-To improve R&D focusing on cost-effective alternatives and ecodesign.
-To increase cooperation between stakeholders for the dissemination of best practices of banning single-use plastic items (e.g . handbook on best practices experiences).
-To introduce a successful follow up of this measure coherent policies and associated taxation and fine systems shall be taken into account in Mediterranean countries.

3. To achieve Sustainable Consumption and Production and Circular Economy. Mediterranean Basin area requires a critical mass of environmentally engaged citizens and applying sustainable production and consumption patterns in organizations, institutions, businesses and daily life. Following actions have been considered to accomplish this measure:
– To support public awareness and education activities towards sustainable production and consumption focusing on prevention actions and promotion of best practices instead of curative activities.
– To endorse policies by 2020 to implement strategies for Extended Producer Responsibility for entire products life-cycle in order to encourage companies to design reusable and recycling items as well as to reward eco-friendly and innovative products and discourage over-packaged products and to establish relevant taxes.
-To promote national policies and endorse administration of the Med area by means of tools or support for application of prevention measures by 2025:

Especial acknowledgements to Break Free From Plastic Mediterranean, Barcelona Local Council for their support to Barcelona Commitment and to MIO-ECSDE for revision and implementation of the present document. 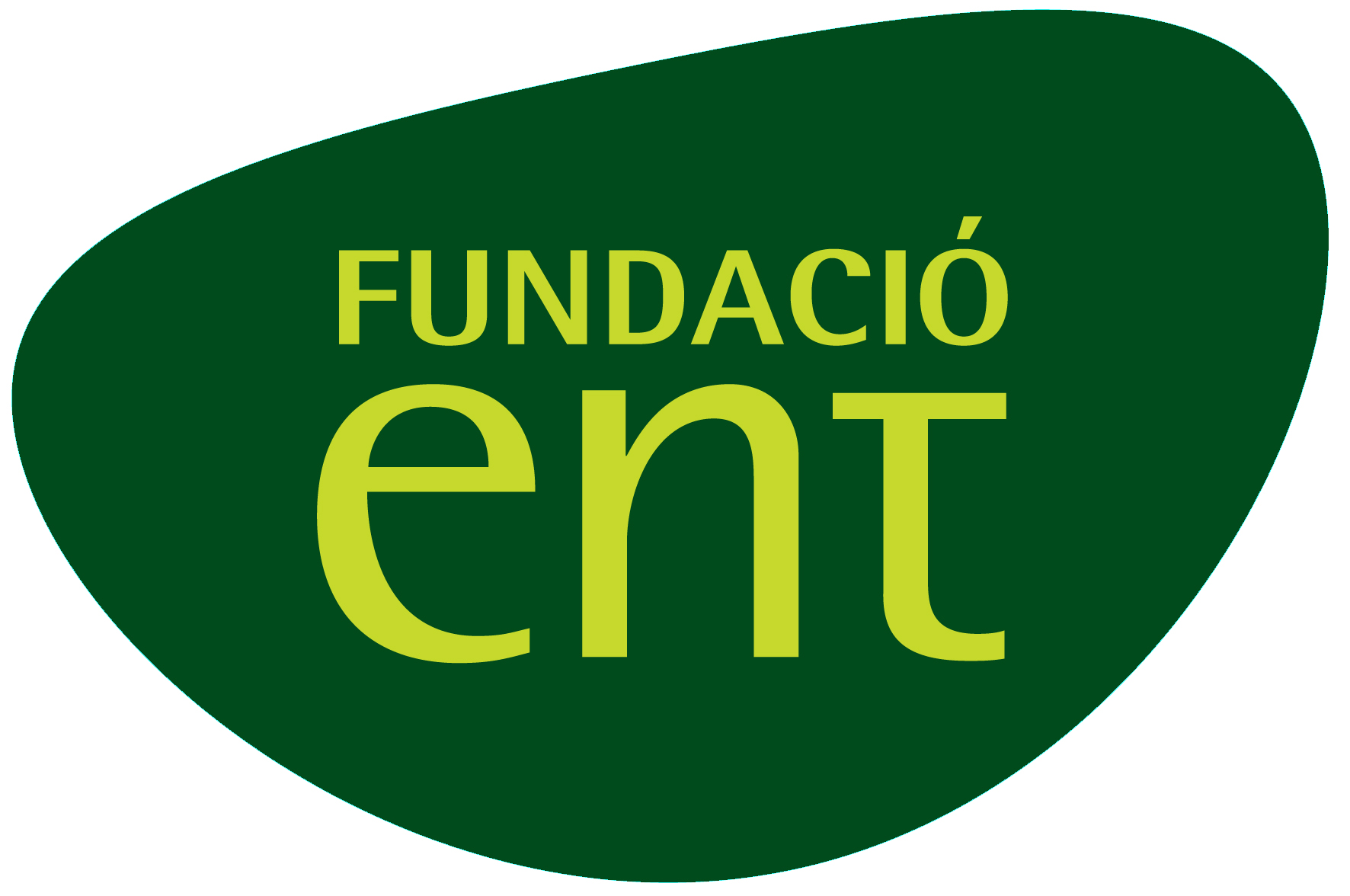 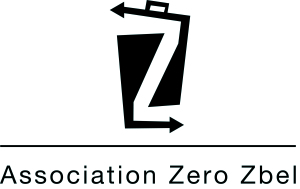 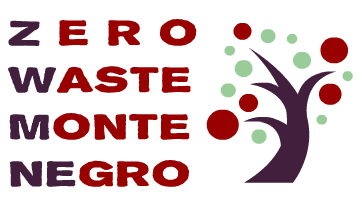