Conclusions of the Tourism Eco Forum 2018

Context and objectives of the workshop

In the last years, tourism management has received an extraordinary attention from public and private actors on how to monitor, evaluate and improve its competitiveness. However, little attention has been put on developing governance frameworks and policy making instruments to deal with the environmental and social sustainability of urban tourism derived from mass tourism.

The study “Urban Tourism Sustainability in European Cities” leaded by eco-union, with the support of the City of Barcelona and the collaboration of the University of Rovira i Virgili, has analysed consolidated European city destinations, to understand how economic, environmental and social sustainability is taking into consideration in their policies and strategies and which kind of instruments are put in place to manage different tourism issues. 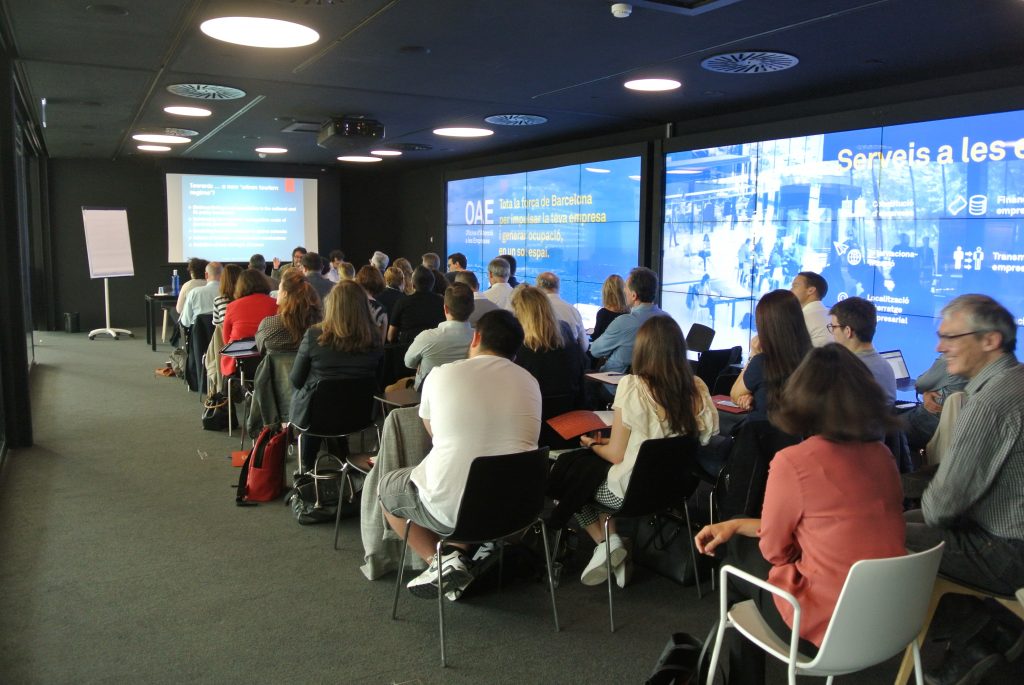 Governing urban tourism in the age of hyper-mobilities

Paolo Russo from University Rovira I Virgili (URV) proposed a discussion framework to analyse the problem of tourism governance.

Cities are hubs that are characterized by flows of capital, people, ideas, primary resources, etc. In the post-industrial global economics, the information age has placed more and more emphasis on cities as connectors in the global network of production and consumption. Since democratization of travel and invention of « holiday making » in the 20th century, tourism has been pivotal in transforming the modern city and anchor regional and global flows to the local context.

Cities have changed from traditional forms in the medieval times to first, second and third generation metropolis. According to John Urry, the modern state is on the move and there is a need to plan the spaces where this mobility takes place. Modern cities are characterized by mobilities such as students, workers, machines, crime, and so on. Places become increasingly dependent on mobile capital and do not consider the interests of the local population.

How is tourism shaping modern cities?

Today, it would be inconceivable to propose that cities become less attractive or should degrow. Debates about regulation and balance between flows and services that improve the quality of life are marginalized. Places are becoming increasingly dependent on mobile capital and do not consider the interests of the local population. Over-tourism has led to a change in perception by this mobile society. As a result, cities are becoming citizenless space.

Cities like Barcelona are already facing problems linked to this dramatic increase of tourism. However, the main strategy is still oriented towards growth objectives. In the case of cruises, the idea is to a new terminal despite growing discontent among locals due to the massive amounts of tourists overcrowding the city. And cities like Venice are receiving two times more tourists than they have residents every day. This situation leads to Venice not being a city anymore, but a theme park or a venue. 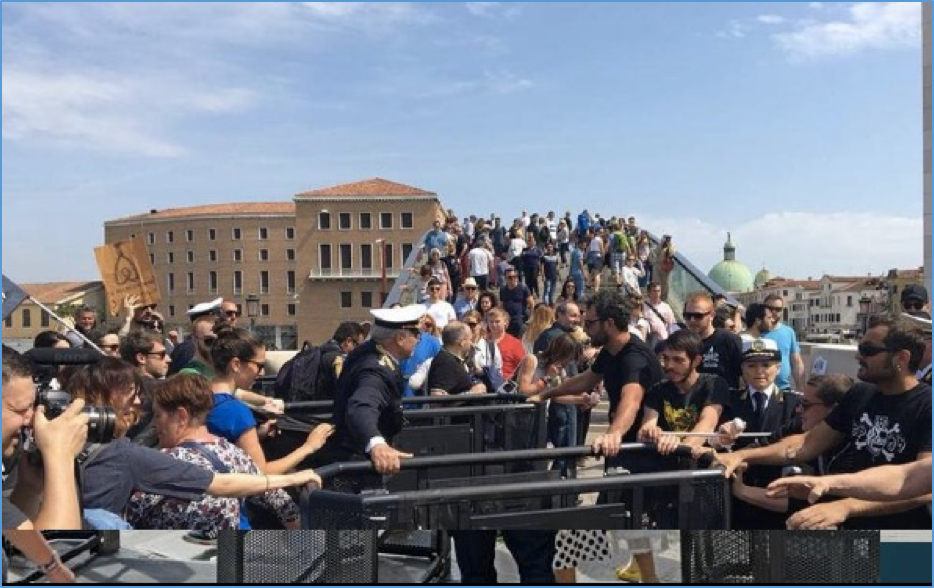 (Failed) Attempt to regulate tourism through barriers in Venice (2018)

The following instruments, initiatives and objectives should be used to promote sustainable urban tourism:

Towards… a new ‘urban tourism regime’?

A new urban tourism state should be put in place based on the following actions:

Moreover, there is a growing interest to evaluate the relationship between tourism and climate change, as it is going to impact the tourism industry in the medium and long-term. 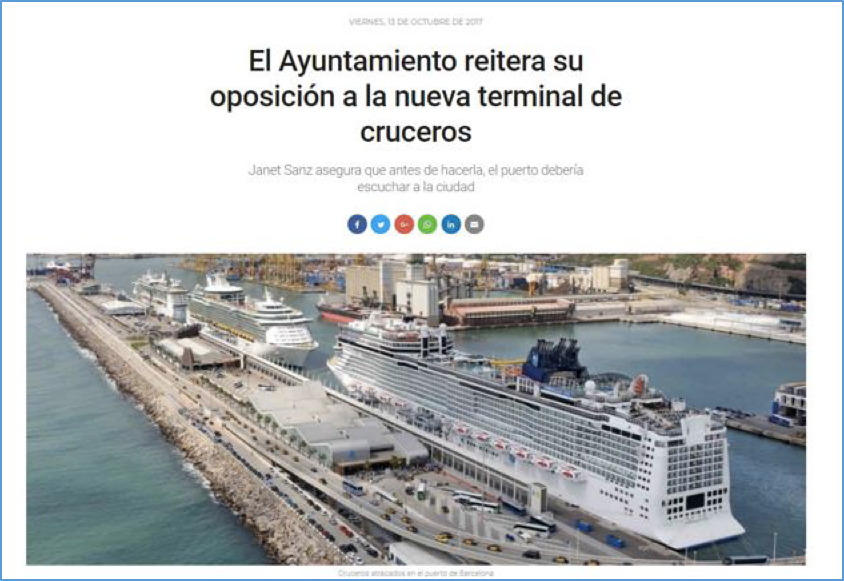 Delphine Assouline, head of Tourism at the Paris Council, presented the Paris tourism Strategy 2022, related to the 47 million tourists in Paris and Île de France in 2017 (58% French people and 42% foreigners). 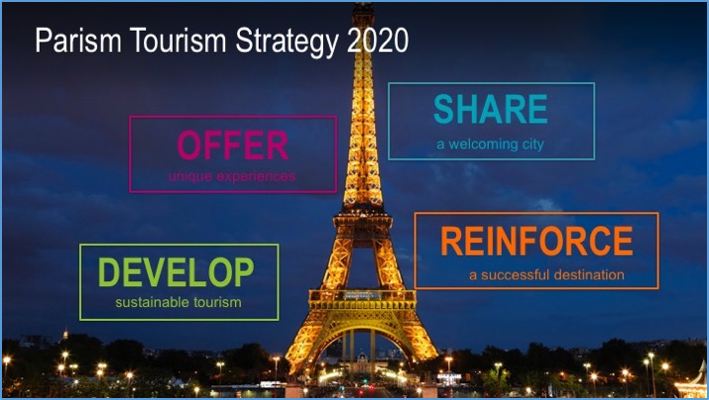 The main sustainability issues and strategies related to tourism in Paris are:

What is the main sustainability challenge for Paris?

In Paris, the level of acceptability higher than in Barcelona or Venice. This does not mean there are no issues or negative externalities (coaches in the centre of Paris, etc.). 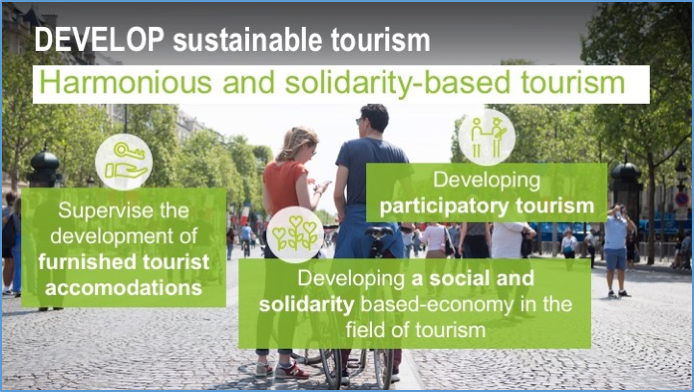 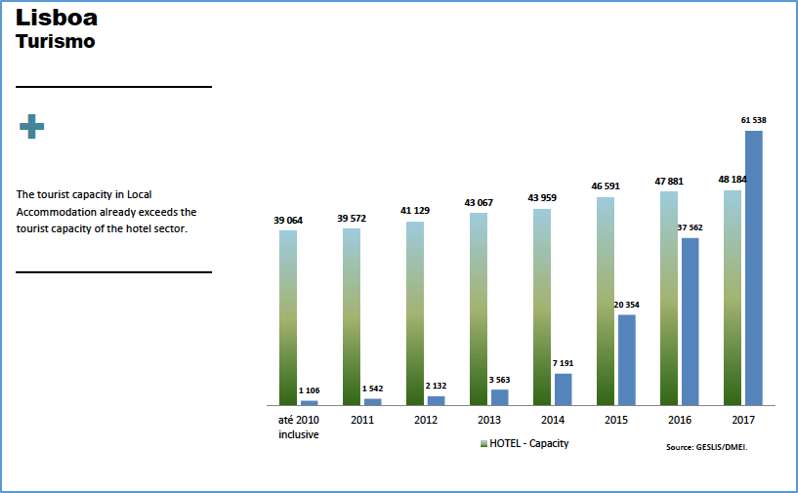 The urban policies consider tourism as an urban issue to deal with in relation with housing and public spaces. Specific measures are being developed by the National Government and the municipality in terms of housing, public spaces, heritage, and accommodation issues, among others: 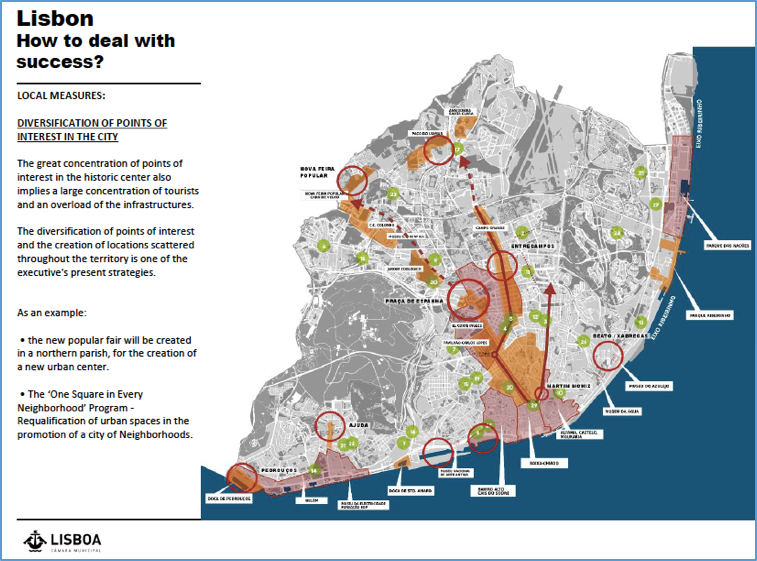 Albert Arias, Director of the Tourism Strategic Plan at the Barcelona City Council presented the Strategic Tourism Plan 2020 as well as the main challenges and features. 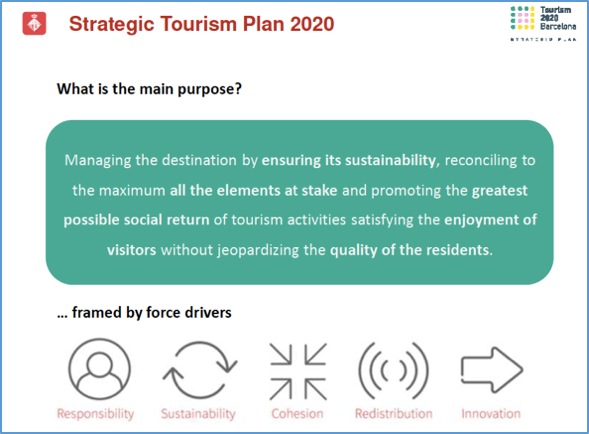 Alain Dupeyras, Head of Tourism at the OECD, presented the main trends and policy priorities for urban tourism at global level: 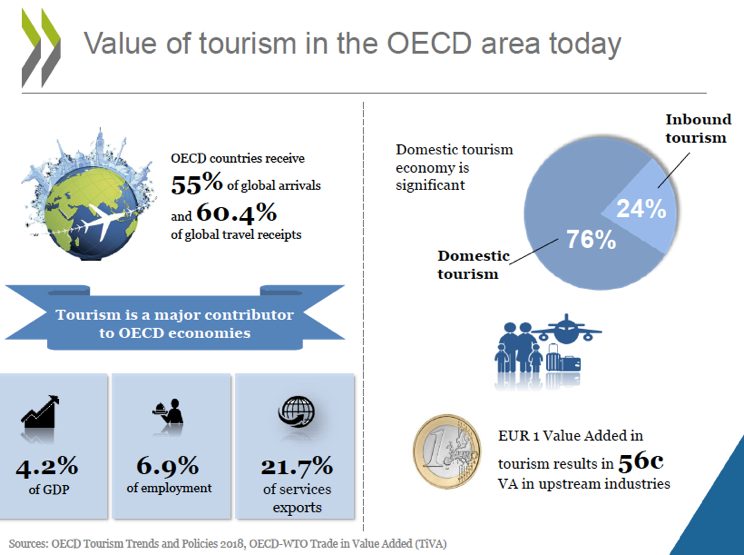 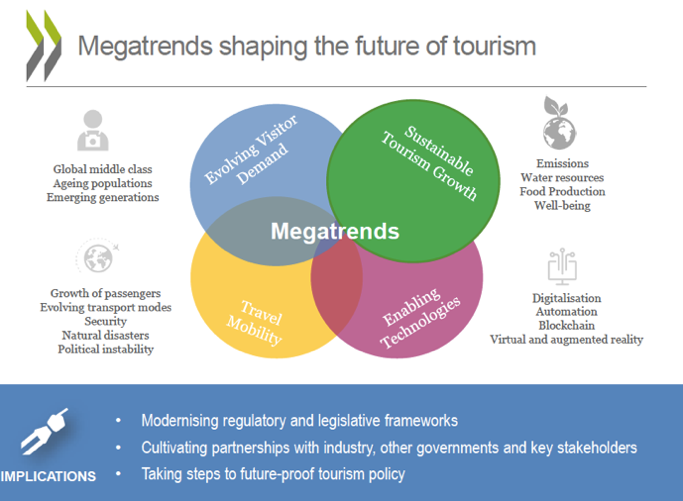 What kind of tools and mechanisms to engage with other city departments and public actors, beyond tourism areas?

How to identify, engage and follow up with private tourism actors and non-tourism related stakeholders (regional/national authorities, Academia, businesses, NGOs, and citizens)? 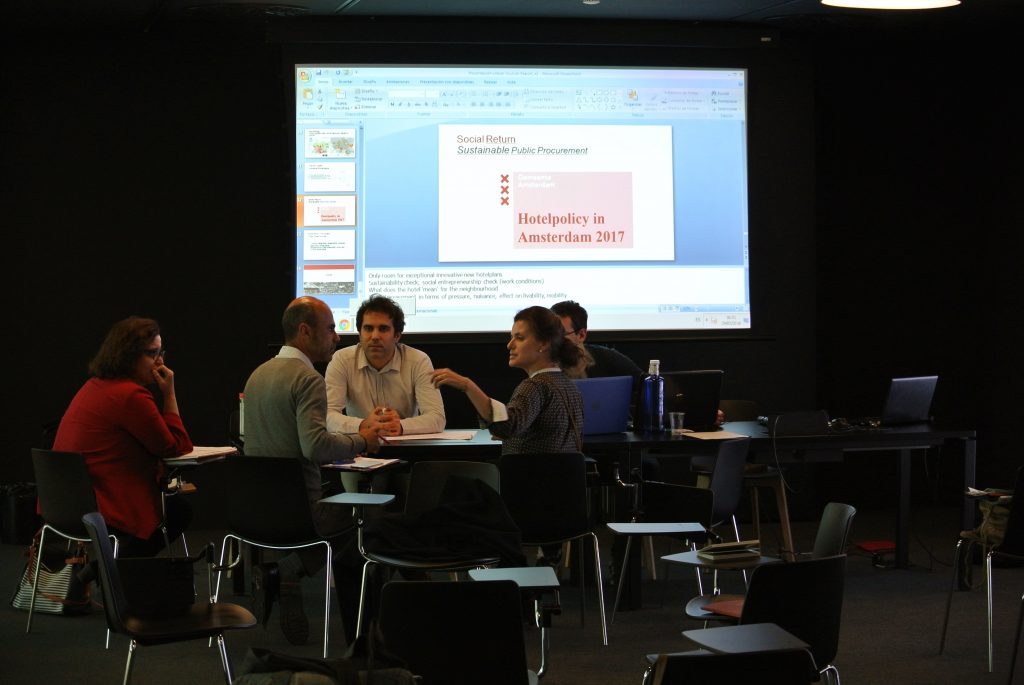 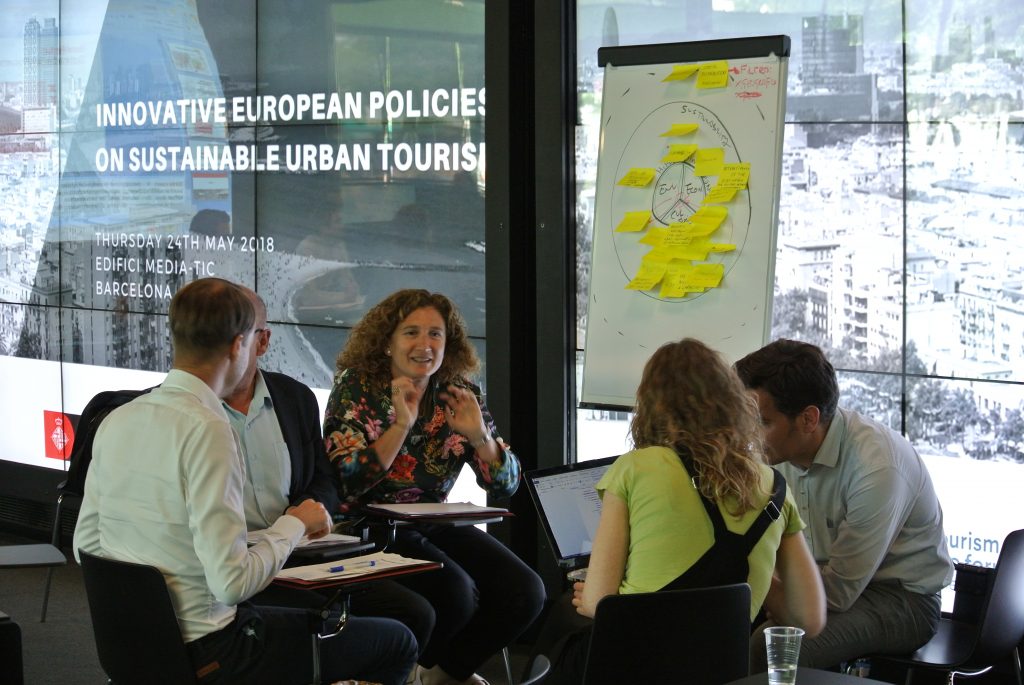 a.    Identification, monitoring, and integration of sustainability issues